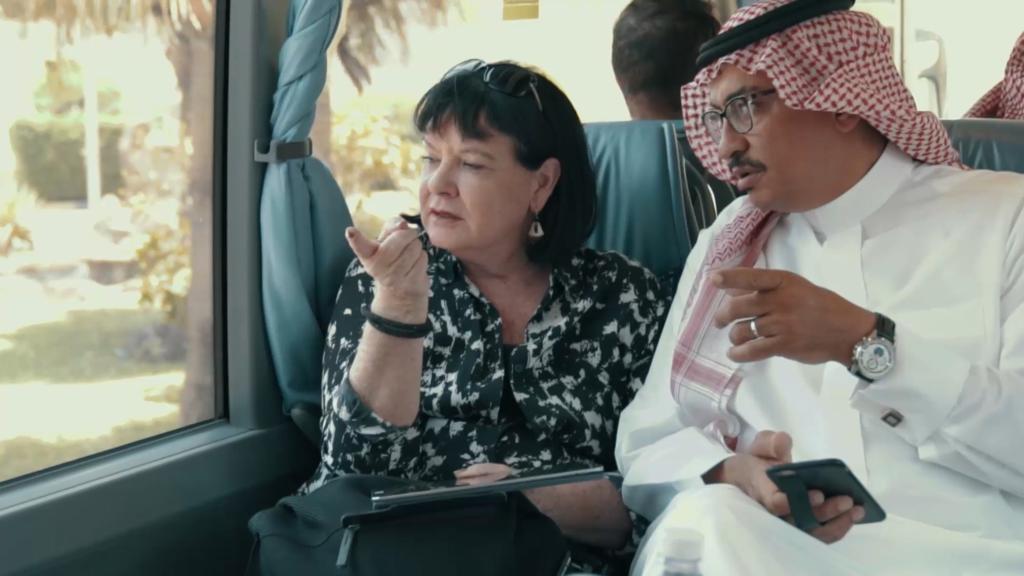 On July 8, 2019, Ms. Sharan visited the Labor Court in Riyadh where she was briefed on the processes and progress of work inside the Labor Court, including the automatic linkage between the labor courts and the enforcement courts. Towards the end of the visit, Ms. Sharan expressed her admiration of the system and work progress there.

During the same day, and accompanied by SNC, Ms. Sharan toured the old city of Riyadh where she experienced various traditional atmospheres.

Towards the end of her trip, Ms. Sharan confirmed her admiration for what she had witnessed in the Kingdom as well as her readiness to support the SNC for the preparation of the L20 Summit.​